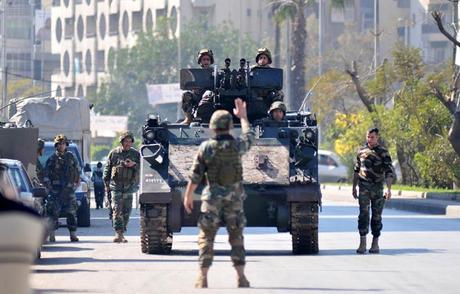 The United States on Wednesday renewed its travel warning to Lebanon and advised U.S. citizens already in the country to remain cautious.

“The Department of State urges U.S. citizens to avoid all travel to Lebanon because of ongoing safety and security concerns. U.S. citizens living and working in Lebanon should understand that they accept risks in remaining and should carefully consider those risks,” the department said in a travel advisory on its website.

It noted that Wednesday's alert “supersedes the Travel Warning issued on August 15, 2014.”

The State Department explained that the potential for death or injury in Lebanon “exists in particular because of the frequency of terrorist bombing attacks throughout the country.”

“Although there is no evidence these attacks were directed specifically at U.S. citizens at this time, there is a real possibility of 'wrong place, wrong time' harm to U.S. citizens,” the State Department warned.

It also cited recent armed clashes in several regions and the proliferation of kidnappings.

“Kidnapping, whether for ransom or political motives, remains a problem in Lebanon,” the Department noted.

It also warned U.S. citizens of the risk of “traveling on airlines that fly over Syria.”

The situation is still tense in the Bekaa border town of Arsal following deadly clashes between the Lebanese army and Syria-based jihadists.

The northern city of Tripoli has also witnessed unprecedented fighting between the army and Islamist gunmen in late October.

The U.S. warning, however, did not mention the Arsal battle or the deadly clashes in Tripoli and Akkar.

If you look at the french or the British (fletcher inspired) travel warning for lebanon, you would see a map with green, yellow and red zones, same as any lebanese would see it.

any country that takes care of its citizens is a good country.
I just wonder what some people expect? is Lebanon stable? are we, Lebanese, safe from being abducted or killed in our country?
how can we expect that foreigners will be treated? did any of us forget the twin suicide bombings carried out by hizbushaitan against US and French troops while defending us?