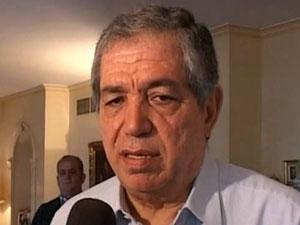 Mustaqbal bloc MP Samir al-Jisr revealed that the dialogue between the Mustaqbal Movement and Hizbullah will resume in January 2015, reported al-Joumhouria newspaper on Saturday.

He told the daily that the talks will resume on January 5.

Asked about the purpose of the dialogue, he replied: “The people sense the danger on Lebanon and consider that any communication may yield positive signs and at least there is a desire to reach solutions.”

“Our principles have not changed regarding Hizbullah's fighting in Syria or the Special Tribunal for Lebanon,” he stressed.

“These are the main purposes of the dialogue, as well as the presidential vacuum,” explained Jisr.

He noted that Hizbullah emphasized on Friday its commitment to the nomination of Free Patriotic Movement leader MP Michel Aoun as president, adding: “We must find a mechanism to reach a solution to the deadlock.”

“I don't think it is in anyone's interest for Lebanon to remain without a head of state,” remarked the MP.

“We will work on reaching a solution or at least try. It is not normal for the situation to persist as it is. A mechanism does not mean naming candidates. If so, then we would name our allies,” he explained.

The Mustaqbal Movement and Hizbullah held their first, long-awaited meeting in Ain al-Tineh on Tuesday evening under the auspices of Speaker Nabih Berri, in an attempt to devise a “roadmap” and a “mechanism” for the coming dialogue sessions between the two parties.