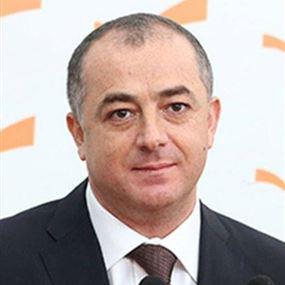 The Change and Reform parliamentary bloc reiterated Tuesday its rejection of any attempt to change the mechanism through which the cabinet is taking decisions in the absence of a president, noting that the objection of one minister -- or even a political component -- should not paralyze the work of the council of ministers.

“The cabinet cannot continue its work normally in the absence of a president,” Education Minister Elias Bou Saab said after the bloc's weekly meeting in Rabieh.

“It is unnecessary to talk about the cabinet's mechanism and the issue of one third or two thirds, as this is a cabinet of necessity and cooperation with all parties is required in order to facilitate the affairs of citizens,” Bou Saab added.

He stressed that Change and Reform is “with productivity and against obstruction.”

Commenting on Prime Minister Tammam Salam's recent call for resorting to “consensus” in taking the cabinet's decisions, Bou Saab described it as “necessary” as he underlined that “there should not be any obstruction.”

“This means that a minister or two ministers must not be allowed to block decrees in the cabinet,” Bou Saab explained.

“When a component of the government voices objection over a certain decree, this should not mean paralysis, unless there are objections from more than one component,” he went on to say.

Lebanon has been without a president since May when the term of Michel Suleiman ended without the election of a successor. The vacuum has created a debate on whether to change the mechanism at cabinet.

The differences between the ministers on the amendment of the mechanism prompted Salam to suspend sessions in the past two weeks giving way for the cabinet members to reach an agreement on the formula, which he wants it to be based on Article 65 of the Constitution.

The current mechanism, which was adopted after the cabinet assumed the prerogative of the president in accordance with the constitution, states that ministers should give unanimous support to the government's decisions.

But it proved to be troublesome after some ministers resorted to veto power.

Earlier on Tuesday, Salam called on cabinet to convene on Thursday.

Separately, Bou Saab said the bloc discussed the draft laws that are being “stalled” in the parliamentary committees and “the need to activate them.”

“There are subcommittees and joint committees that are tackling all laws except for those submitted by us and we will exert serious efforts to debate them, topped by the denaturalization and army laws,” he added.

Bou Saab also revealed that the Free Patriotic Movement will hold a central rally to “commemorate the May 6 anniversary,” or Lebanon's Martyrs' Day, in order to “remind of the massacres that the region witnessed.”

Caporal is the one kissing the hand of Saudi Arabia. He is begging them. But when the Saudis see that his followers are still insulting KSA, they understand that the Caporal is a double-tongue and a liar.
Followers shut your mouth and follow.

You have brought Lebanon one hundred years backwards.