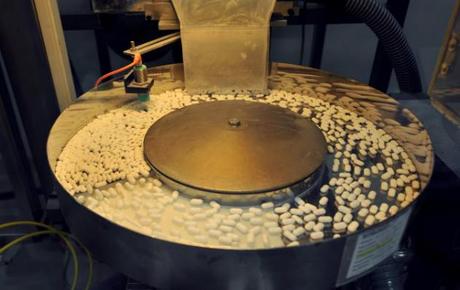 Doctors may be under-estimating the risks to patients from long-term use of paracetamol, the world's most popular painkiller, researchers said Tuesday.

Chronic users of the drug -- people who typically take large, daily doses over several years -- may increase their risk of death, or kidney, intestinal and heart problems, they found.

Led by Philip Conaghan at the Leeds Institute of Rheumatic and Musculoskeletal Medicine in northern England, the team analysed data from eight previously-published studies into long-term paracetamol use.

The data came only from people who had paracetamol prescribed by a doctor, as opposed to over-the-counter purchases.

Two of the eight studies had found an increased risk of mortality, up to 63 percent, among long-term paracetamol users, compared to those who had not been prescribed the drug during the study period.

Four found a heightened risk, ranging from 19 to 68 percent, of cardiovascular problems. The risk of gastro-intestinal bleeding and other intestinal side-effects was up to 49 percent as high.

In all cases, the risk was dose-dependent -- in other words, the higher the dose, the greater the risk, said the analysis published in the British journal Annals of the Rheumatic Diseases.

Even though the risk in absolute terms was small, doctors should think carefully when prescribing the drug, it warned.

"We believe the true risk of paracetamol prescription to be higher than that currently perceived in the clinical community," said the report.

"(...) A systemic review of paracetamol's efficacy and tolerability in individual conditions is warranted."

Other experts cautioned against over-reaction.

They pointed out the analysis was unable to tell whether early death and health problems were caused by an underlying illness rather than from the paracetamol.

Nor did it take into account over-the-counter purchases of the drug, a picture that could be far more complex.

"Paracetamol remains the safest analgesic (painkiller) available, and this study should not stop people taking it," said Nick Bateman, a professor of clinical toxicology at the University of Edinburgh in Scotland.

"Based on these results, the lowest effective dose for the shortest necessary period is advised," he told Britain's Science Media Centre. "This is common sense for all medicines."

Seif Shaheen, a respiratory epidemiology professor at London's Queen Mary University, said the review, given its limitations, did nothing to strengthen the evidence for paracetamol's harmful effects.

"However, further rigorous research into possible detrimental effects of this commonly used drug would be prudent."

Widely recommended as the first rung on the painkilling ladder, paracetamol is considered by many to be safer than aspirin and ibuprofen.

The new study pointed to other research findings that paracetamol may have no painkilling advantage over rivals when it comes to treating osteoarthritis, joint pain or acute lower-back pain.

In this light, "more careful consideration of its usage is required," the paper said.

"Prescribers need to be aware of patients' individual responses to paracetamol and the observed increased toxicity with regular and higher dosing."