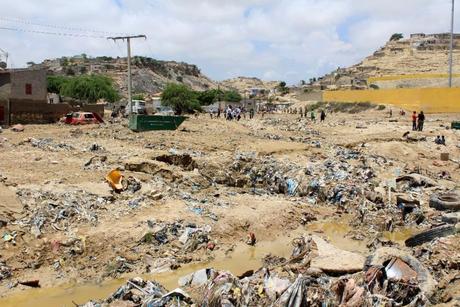 The death toll from torrential rains that pounded the Angolan town of Lobito has risen to 69, including 36 children, officials said Saturday as search efforts for bodies continued.

Heavy storms hit Lobito late Wednesday, sending torrents of water rushing from surrounding hillsides into the town that sits on the coast of the south Atlantic ocean, some 500 kilometers (300 miles) south of the capital Luanda.

"The water streamed down the slope at full speed, destroying everything in its path and flooding the low-lying areas of the city close to the shoreline," a firefighter in Lobito has said.

The storm destroyed at least 119 homes, tore roofs off 46 houses, flooded eight schools and left mud and debris on the streets.

Violent storms come to Angola every spring, causing landslides and floods that hit the country's poor neighborhoods the hardest.