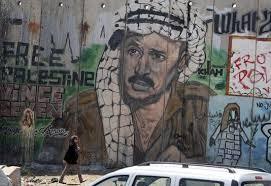 French experts have ruled out that the 2004 death of iconic Palestinian leader Yasser Arafat was the result of poisoning, a prosecutor told Agence France-Presse Monday.

The prosecutor of the western Paris suburb of Nanterre said the experts found there was no foul play in Arafat's death, which sparked immediate and enduring conspiracy rumors.

The findings echo those of Russian experts but a Swiss team has said that the poisoning theory is "more consistent" with their own test results.

A center in the Swiss city of Lausanne had tested biological samples taken from Arafat's personal belongings given to his widow after his death, and found "abnormal levels of polonium" -- an extremely radioactive toxin, but stopped short of saying that he had been poisoned by polonium.

The French experts "maintain that the polonium 210 and lead 210 found in Arafat's grave and in the samples are of an environmental nature," Nanterre prosecutor Catherine Denis said.

Arafat died aged 75 on November 11, 2004 at the Percy de Clamart hospital, close to Paris. He had been admitted there at the end of October that year after developing stomach pains while at his headquarters in the West Bank city of Ramallah, where he had lived since December 2001, surrounded by the Israeli army.

Arafat's widow Suha lodged a complaint at a court in Nanterre in 2012, claiming that her husband was assassinated, sparking an inquiry.

The same year, Arafat's tomb in Ramallah was opened for a few hours allowing three teams of French, Swiss and Russian investigators to collect around 60 samples.

Many Palestinians believe that the Israelis poisoned Arafat with the complicity of some people in his entourage.

No matter how many experts claim that Arafat was not murdered, it just doesn't fit in with the Palestinians hatred of Israel, and so will just continue blaming it for his death.