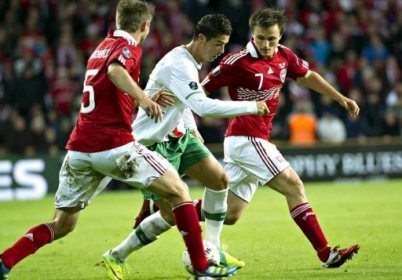 Portugal, Croatia, the Republic of Ireland and the Czech Republic will be seeded for Thursday's draw for the Euro 2012 play-offs, UEFA said on Wednesday.

UEFA selected the four seeds based on their current ranking coefficients for matches that will pit them against the other four survivors -- Turkey, Bosnia-Herzegovina, Montenegro and Estonia -- in the draw in Krakow.

The winners will join the 10 nations who went through automatically from the qualifying groups -- Germany, Russia, Italy, Holland, Sweden (as best runners-up), Greece, England, Denmark, holders Spain and France, as well as co-hosts Poland and Ukraine.

The draw for the finals will be held on December 2 in Kiev, with the finals starting on June 8 next year and running to July 1.