Kuwait Beefs Up Security at Oil Facilities over Yemen 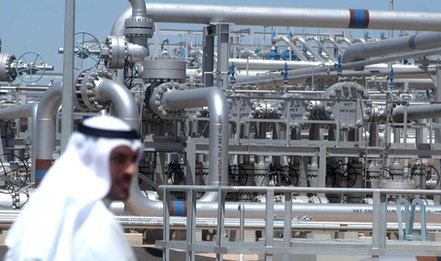 Kuwait, a member of the coalition that has launched airstrikes on rebels in Yemen, said Thursday it has beefed up security at oil facilities as a precautionary measure.

Acting Kuwait Petroleum Corp CEO Mohammad al-Farhud, cited by the official KUNA news agency, did not elaborate on what the measures entail but said they were involved raising the level of security at all oil installations, both inside and outside Kuwait.

State-owned KPC has coordinated with its subsidiaries to raise the level of readiness for the possible declaration of a state of emergency, Farhud added.

OPEC member Kuwait, which says it sits on around 10 percent of global crude reserves, pumps around 2.8 million barrels per day.

Senior defense ministry and national guard officials attended the meeting with the interior minister to discuss activating plans to strengthen internal security in light of the events in Yemen, the ministry said.

And Kuwaiti lawmakers have declared their total support for participation in military operations against the Shiite Huthi militia, believed to be backed by predominantly Shiite Iran.

Yemen lies just across the Gulf from Iran.