Museum in Tunis Attack to Reopen Briefly to Public Monday 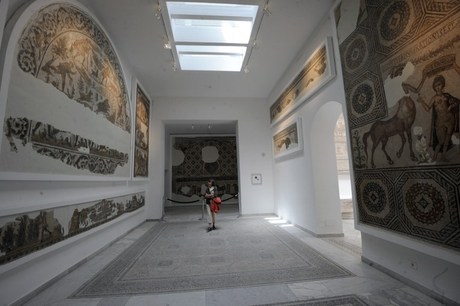 Tunisia's national museum which was the scene of last week's massacre of foreign tourists is to reopen to the public briefly on Monday, the culture ministry announced.

The ministry said on its Facebook page that the Bardo museum in Tunis would receive visits by school groups on Friday and then open to the general public for the day on Monday.

The site of the March 18 attack in which two jihadist assailants gunned down 20 tourists and a policeman before being shot dead themselves was originally scheduled to reopen last Tuesday.

But the opening was called off at the last minute without an official explanation, although a memorial service went ahead.