Saudi-led Coalition Says in No 'Rush' over Yemen 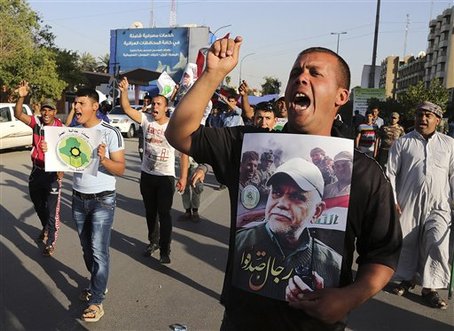 A Saudi-led coalition trying to halt the advance of Shiite rebels in neighboring Yemen is in no rush, its spokesman said Friday, nine days into a campaign of air strikes.

"Nine days is not that much time," particularly because the coalition is confronting militiamen rather than an organised army, Brigadier General Ahmed Assiri told reporters.

"We should not be in a rush," he said. "The campaign is achieving its goals and you can see that every day."

In an operation on Thursday night, the coalition struck Huthi tanks and other military equipment on Myun Island in the strategic Bab al-Mandab strait, which might have posed a threat to shipping, he said.

Much of the world's maritime trade passes through the strait.

The coalition aims to defeat the Huthi rebels who seized power in the capital Sanaa in February, and who Riyadh feared would take over the entire country and shift it into Iran's orbit.

Saudi Arabia has 150,000 troops and 100 warplanes assigned to the Yemen operation, according to a Saudi adviser, but says it has no plans for now to send ground forces into the country.