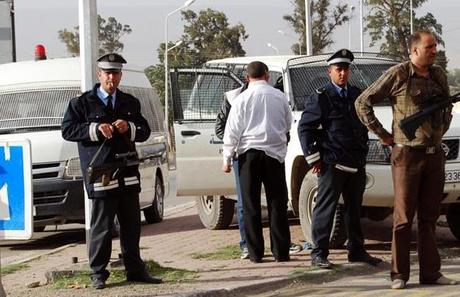 Four Tunisian soldiers were killed and six wounded Tuesday in an ambush in the Kasserine region where the military is battling jihadists, state television reported.

"Four soldiers have died as martyrs and six were wounded in an ambush against a military patrol," the Wataniya 1 channel reported, quoting the defense ministry.

The channel had earlier given a toll of two dead and three wounded.

It gave no further details and officials at the defense ministry could not be immediately reached.

A military source told AFP that the attack took place not far from the city of Sbeitla. Several Tunisian media reported that the soldiers came under fire with a rocket-propelled grenade.

Kasserine lies near the border with Algeria at the foot of Mount Chaambi, where soldiers and police have since 2012 been hunting down jihadists blamed for deadly attacks that have killed some 60 police and soldiers.

Authorities have blamed the main armed group active in the area, the al-Qaida-linked Okba Ibn Nafaa Brigade, for a series of attacks including last month's massacre at the national museum in Tunis that left 21 foreign tourists and a policeman dead.

Tunisian security forces said last month they had killed the alleged mastermind of the attack -- Lokmane Abou Sakhr -- along with at least eight other members of the group.