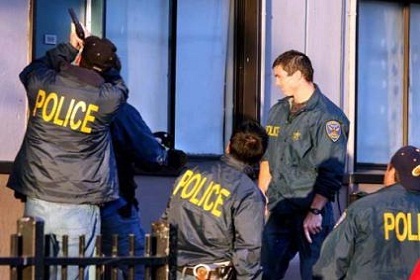 A Singaporean man and an Australian woman behind an online forum that often attacks immigrants and foreign workers in Singapore were charged Tuesday with sedition, an offence punishable by jail.

Singaporean Yang Kaiheng, 26, and Japanese-Australian Ai Takagi, 22, each face seven counts of sedition for articles published on a website called The Real Singapore and its Facebook page between October 2013 and February this year, court documents showed.

The two, described by local media as a couple based in Australia, were also charged with witholding documents on the website's finances from police. They immediately posted bail.

The Real Singapore's Facebook page has more than 415,000 folowers, and commentators on technology forums say the website likely earns thousands of dollars a month in advertising revenues.

Singapore clamps down hard on anyone seen to be inciting communal tensions after experiencing bloody racial riots in the 1960s.

The case comes a week after a Filipino nurse who insulted Singaporeans online and called for the takeover of the city-state by his countrymen was slapped with two charges under the Sedition Act, a rarely used colonial-era law.

Among other matters, the law makes it an offence to promote hostility between different races or classes in multiracial Singapore, which is mainly ethnic Chinese.

The charge sheets said seven articles posted by Yang and Takagi on The Real Singapore "have the tendency to promote feelings of ill-will and hostility between different classes of the population of Singapore".

Among those flagged by state prosecutors was an article published on February 4.

The post "falsely asserted" that a Filipino couple had instigated a fracas that broke out between police and several Singaporean Indians taking part in a Hindu street procession on February 3.

Other posts derided Chinese nationals and other guest workers working and living in the city-state, the documents showed.

The administrators of The Real Singapore had remained anonymous until Yang and Takagi were arrested in February.

Some observers have accused the portal of fanning xenophobia in the labour-starved island nation of 5.4 million people, 40 per cent of them foreigners.

Anti-immigrant sentiment is on the rise, with many Singaporeans complaining that foreigners compete with them for jobs, housing, medical care and space on public transport.

Anyone found guilty of making seditious remarks in public can be fined up to Sg$5,000 ($3,700) or jailed up to three years, or both, for each charge.