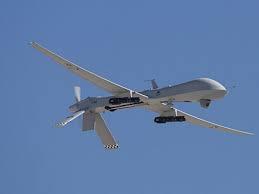 At least 20 rebels were killed, and two tanks and four armored vehicles destroyed, in the overnight air strikes on the convoy headed out of Yemen's largest air base, Al-Anad, provincial official Abedrabbo al-Mihwali said.

The base was the main watch post for a long-running US-led war on Al-Qaeda in Yemen and its evacuation by Western troops as the rebels advanced last month has created a vacuum that the jihadists have exploited to make big territorial gains.

In Taez, in the central highlands north of Aden, at least 16 people were killed as soldiers that have remained loyal to exiled President Abedrabbo Mansour Hadi put up fierce resistance to an attack on their base by Huthi Shiite rebels and renegade troops.

Three civilians were among the dead when a stray shell hit their home, a military source and residents said.

The 35th Brigade headquarters at the center of the fighting escaped the lightning offensive that saw the rebels advance from their stronghold in the mainly Shiite northern mountains this spring into mainly Sunni central and southern provinces.

The support of army units still loyal to longtime strongman Ali Abdullah Saleh, ousted in 2012 after a bloody year-long uprising, has been crucial to their progress.

The aftermatch of these jobs are awaited. We will see how powerful you wahabis are in the end.