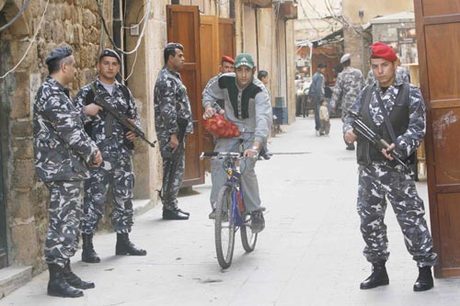 The Internal Security Forces denied on Friday delaying the implementation of the controversial new traffic law, which was expected to kick off on April 22.

“No memo was issued concerning the matter,” ISF said, pointing out that any decision regarding the issue could only be taken by the parliament.

Voice of Lebanon radio (100.5) reported earlier that ISF issued a memo for traffic policemen, calling on them not issue tickets according to the new law.

The memo reportedly urged traffic police only to draw the attention of drivers to their violations.

Meanwhile, state-run National News Agency reported that a press conference that was set to be held at Beirut-based media organization the Press Club on Friday by traffic safety NGOs over the new traffic law was canceled.

The controversial law, which angered Lebanese citizens due to the high fines imposed, was set to target major traffic offenses at the beginning of its implementation.

The law, which was adopted by the parliament in 2012, is formed of five categories.

According to YASA, more than eight hundred forty persons are killed in road accidents every year and more than ten thousand are injured.

May we the people ask first where this money accumulated will go. Would it go to service the nation's coffers or would it simply line the pockets of several politicians even further. Would just be another law enforced temporarily, sketchily? Would it be a law to be used on the poor and not on the rich? By consequence would the political mafia be allowed to push innocent civilians like they usually do, or would they too be penalized? No justice in the world can work effectively if it is not dispensed on every layer of society, the moment justice is as little as remotely impaired, it becomes a burden, thus it becomes justice denied. First, as I said, let us start by knowing fully where the money collected will go.

First of all you a "Rule of Law" applicable to all and do away with your artificial VIP society and find an understanding that you are all one nation.