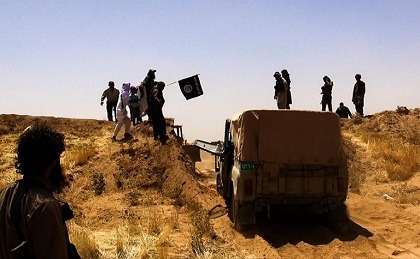 The Islamic State jihadist group said Friday it carried out a series of deadly car bombings in Shiite districts of Iraq's capital to avenge attacks on displaced persons from a Sunni province.

Eleven people were killed and more than 40 wounded in a wave of car bomb attacks on Thursday, medics said.

The interior ministry reported three bombings, although IS said in a statement it carried out six attacks "to avenge residents of Anbar killed in the streets of Baghdad" by Shiites.

Since the start of April, 114,000 residents have fled fighting between government forces and IS in the western province which is largely controlled by the Sunni extremist group, according to U.N. figures.

Police say several of the displaced have been kidnapped and killed in Baghdad, including four victims found on April 25 with gunshot wounds to the head.

The fighting in the Ramadi area of Anbar province has ratcheted up tensions between the Sunnis and Iraq's majority Shiites.