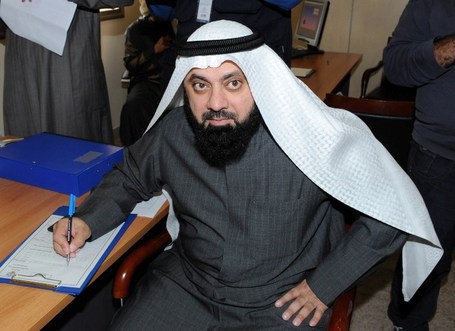 Kuwait on Friday arrested a former opposition lawmaker for alleging Iran was pressuring the oil-rich emirate to change the crown prince, the government and relatives said.

The interior ministry said Waleed al-Tabtabai had been "arrested on the orders of the public prosecution for spreading false news about the internal situation and undermining the status of the crown prince on social media."

The former Islamist lawmaker, a long-time critic of the Islamic republic, would now be referred to prosecutors for questioning, it added.

In comments posted Thursday on Twitter, Tabtabai wrote that Iran had been putting pressure on Kuwait to replace Crown Prince Sheikh Nawaf al-Ahmed al-Sabah, 76, with a new heir who has strong relations with Tehran.

He said he hoped the attempts would fail.

Under the Kuwaiti constitution, the crown prince is proposed by the emir and approved by parliament. Sheikh Nawaf, half brother of Emir Sheikh Sabah al-Ahmed al-Sabah, was appointed to the post in 2006.

Courts have also sentenced dozens of online activists and opposition members to years in jail for insulting the emir on social media.