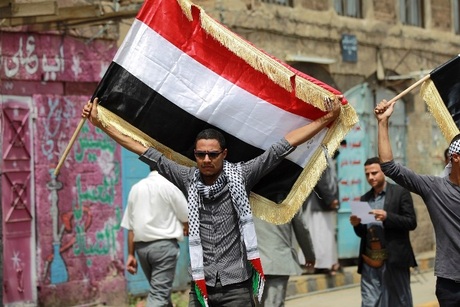 The U.N. Security Council on Friday went into closed-door consultations on the crisis in Yemen, where fuel shortages are threatening relief operations as the Saudi-led bombing campaign entered a sixth week.

Russia requested the meeting to push for an end to the fighting or at least humanitarian pauses to give civilians some reprieve.

U.N. Secretary-General Ban Ki-moon warned Thursday that dire fuel shortages were threatening to bring all relief operations to a halt "within days" and said deliveries must resume immediately.

"We support negotiations but we don't see an interest on the part of those who are engaged in bombing, in engaging with the new special representative of the secretary general," Churkin told reporters.

Mauritanian diplomat Ismail Ould Cheikh Ahmed was appointed this week to replace Jamal Benomar who resigned after losing the support of Gulf states.

U.N. efforts to resume peace negotiations for Yemen have run into hurdles over disagreements on the venue for the talks, with Gulf countries insisting they be held in Riyadh.

Some U.N. Security Council members are proposing that meetings be convened in Europe.

A coalition led by Saudi Arabia launched an air war on Yemen on March 26 to stop an offensive by Shiite Huthi rebels and to restore the authority of President Abedrabbo Mansour Hadi, who was forced into exile.

The month-long air strikes have crippled deliveries of fuel, food and medicine while all airports are closed to civilian traffic and naval shipments are delayed.

Ban called for an immediate ceasefire and said, short of that, there should be humanitarian pauses in areas affected by the fighting.