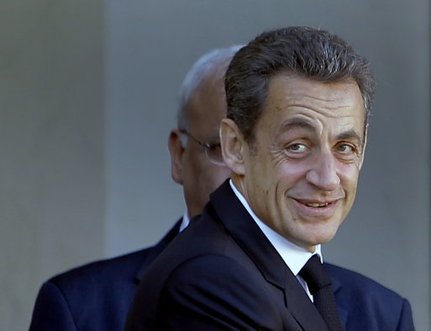 Sarkozy said that Shalit, captured by Gaza-based Palestinian militants in 2006 and released on Tuesday in exchange for Israel freeing hundreds of Palestinian prisoners, would "soon" travel to France.

"The fact that Gilad was recognized as being French from the beginning contributed greatly, I think, to keeping him alive," Sarkozy said in the southern French city of Nice.

Shalit has French nationality through his grandmother.

"I hope that this will allow talks to resume" between Israelis and Palestinians, Sarkozy said, voicing hope "that there are also detainees (in Israel) from the West Bank that could return to the West Bank."

The Palestinian Authority last week applauded France's efforts to obtain Shalit's release and said that Paris should also help secure the release of French-Palestinian Salah Hamouri who has been jailed by Israel since 2005.

Palestinian President Mahmoud Abbas urged France to intervene on behalf of Hamouri, 26, who was arrested over allegations that he was plotting to assassinate a rabbi, a charge that he denies.

Abbas also said the Palestinian Authority would be prepared to restart peace talks with Israel if Prime Minister Benjamin Netanyahu "accepts the principle of two states based on the 1967 borders and ends his settlement policy."

Abbas said Netanyahu's clear commitment to forge ahead with new settlement constructions proves "he does not want peace".