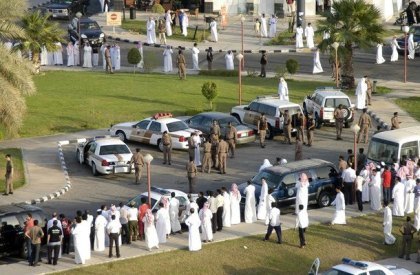 A Saudi woman convicted of burning her husband to death was beheaded on Wednesday, the interior ministry said.

Ghazala bint Nasser al-Balawi was condemned to death after being found guilty of killing Ali al-Shehri by pouring petrol in his house, setting it on fire after having locked the man inside asleep, it said in a statement carried by SPA state news agency.

Her beheading in Riyadh brings the number of executions this year in the ultra-conservative Muslim kingdom to 65.

Last week, the U.N. human rights office expressed concern over the rate of executions in Saudi Arabia, and called for an immediate halt to the practice.

The U.N. statement came after the kingdom beheaded 10 men -- eight Bangladeshis and two Saudis -- on the same day.