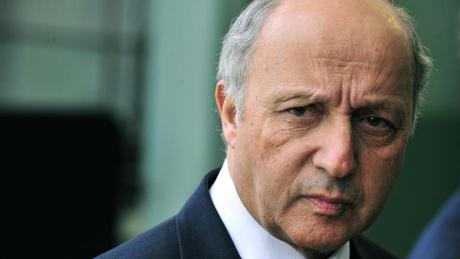 French Foreign Minister Laurent Fabius said Wednesday that France would oppose a nuclear deal with Iran if it did not allow inspections of military sites.

An agreement "will not be accepted by France if it is not clear that verifications can be made at all Iranian facilities, including military sites," Fabius told parliament.

But Yukiya Amano, the head of the U.N.'s atomic watchdog, told AFP on Tuesday that Iran has agreed to implementing the Additional Protocol of the Nuclear Non-Proliferation Treaty (NPT) that allows for snap inspections of its nuclear facilities, and if required, military sites.

"When we find inconsistency or when we have doubts, we can request access to the undeclared location for example, and this could include military sites," said the Japanese diplomat.

"Some consideration is needed because of the sensitiveness of the site, but the IAEA has the right to request access at all locations, including military ones."

But Iran appears to be interpreting the protocol differently. As well as Khamenei's comments, Foreign Minister Mohammad Javad Zarif has said the protocol allows "some access" but not inspections of military sites, in order to protect national "military or economic secrets".

Iran and the so-called P5+1 group -- Britain, China, France, Russia, the United States plus Germany -- have been engaged for nearly two years in negotiations on Tehran's nuclear program.

The deal is aimed at preventing Iran from developing the atomic bomb in exchange for an easing of crippling economic sanctions.

The two sides signed a framework agreement on April 2 and began meeting in Vienna on Wednesday to start finalizing a deal which is due by June 30.

How trusts Iran anyway? The mullahs are dying for peace with the West Infidels... They really are selling their souls to the Devils (USA according to them). Funny indeed.

The M8 will now say: zionistfrance is under the control of jews.

But, what about the Great Shaytan Amriika???
It has become the nice guy. Can anyone imagine the 360 turn...???

Fauxbius revealing his true intentions: they dont care about nuclear weapons, they always knew there was no iranian plan to develop any. All they want is a carte blanche to spy over Iran's defenses and military sites, so they can prepare their invasion.
Same thing they did with Iraq, even the chief of the WMD inspection team admitted after the war he was only being used as a spy by the US.

http://www.monitor.net/monitor/0304a/copyright/blixinterview.html
Hans Blix has not been interviewed in the American media since the war began on March 19. However, he gave an extensive interview to the Spanish newspaper, El Pa’s on April 9 in which he made it clear that the United States' claim that intelligence sources had proof of weapons of mass destruction in Iraq was doubtful at best.

Blix pointed out that U.S. intelligence services seemed to be collecting military reconnaissance information rather than evidence of weapons of mass destruction. This made it necessary for Blix to strictly delimit his activities to protect the integrity of the inspections process.

are you that dumb? they knew there were no WMDs, it was just a pretext, same as nuclear weapons in iran's case. which is the point i was making above. (do you even read comments before you post your answers, or is it just automatic parroting?)

There was recently a UN meeting to ban Nukes from the middle east. It failed because the US, Britain, and Canada stated that Israel is not a signer to the NPT. What Iran should do is get out of the NPT. It makes no sense for an independent country to expose their military sites to their enemies without a credible reason for inspection. If the Arab puppet dictators have any integrity, they would have ripped the NPT a long time ago.

Arab puppet dictators are not using ANY political or economic influence to "isolate" Israel! The Arab rulers are using the vast Arab wealth to kill their people. Why should ANY Western states put any pressure on Israel???

I NEVER said that any country should have NUKES. But, we expect OUR leaders NOT to continually collaborate with Israel and its allies to humiliate us and kill us with IMPUNITY.

Yes, it is NOT ONLY the Zionists in France, but also France likes to make billion$ from Arab dictators stolen money from their people so they can wage war on the Arab masses by selling them weapons which Off course benefits Israel. AND the French government calls it self what I call myself a "Democratic Socialist" by supporting the Apartheid Ethnic Cleansing state of Israel and spreading "socialism" and "democracy" by selling weapons to hated right wing tyrants in the middle east (but, again the Feudal Sectarian Jumblat calls himself "Progressive Socialist")

If France does not approve this treaty than no way Obama will be aloud by the Israeli lobby in America to approve the treaty.

Northern,
So can we now expect you to say : "Long Live Amriika"????