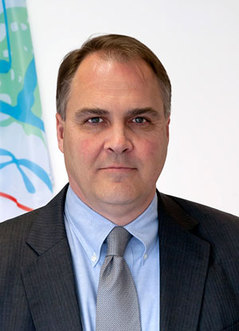 The Registrar of the Special Tribunal for Lebanon hailed during a short visit to Beirut Lebanon's ongoing support for the court after he met with prominent Lebanese officials.

“These regular visits to Beirut are important to ensure smooth cooperation with the government and our other partners,” said Mundis.

He noted that the visits “allow me to oversee firsthand the work of the STL in Lebanon and to thank personally Lebanese officials for their continued support of the Tribunal.”

The Registrar also met STL staff, thanking them for their continued efforts.

The STL Registrar is responsible for all aspects of the Tribunal's administration including the budget, fundraising, court management and relations with states. The Registrar’s responsibilities also include the oversight of the Victims’ Participation Unit, witness protection and detention facilities.

Five Hizbullah members have been charged with plotting former Prime Minister Rafik Hariri's Feb. 14, 2005 assassination in a massive explosion at the Beirut seafront but have not been arrested. Their trial in absentia began in January 2014 and is ongoing.

Ebola is a disease.