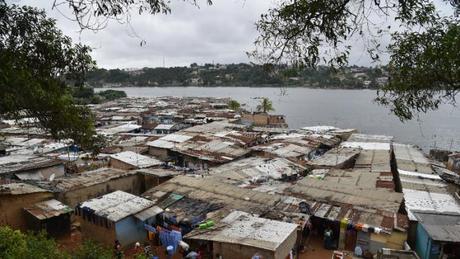 Heavy rains in Ivory Coast have killed at least 16 people so far in June in the economic capital Abidjan, including six this weekend, civil protection said Sunday.

The latest victims died in Attecoube and Adjame, two poor neighborhoods in the city, because of a landslide and a collapsing wall, civil protection chief General Fiacre Kili said.

At least 10 other people had died earlier in the month due to the floods.

On Friday, a fire brigade supervisor reported 15 deaths between June 7 and 18.

"The dead bodies were found in different districts of Abidjan, in gutters, floating in the lagoon or in water puddles," the fireman told AFP.

Most of the victims lived in shantytowns, where shoddily-built houses are ill-equipped to withstand the flooding during the long rainy season from June to August.

The rains cause casualties almost every year in Abidjan.

The government launched an unpopular drive in August 2014 to demolish precarious, overcrowded neighborhoods in the city, citing health and safety concerns.

"It's not for lack of arrangements. Many places were cleared for the approaching rains. The maximum was done," government spokesman Bruno Kone said, while blaming the latest deaths on the weather.