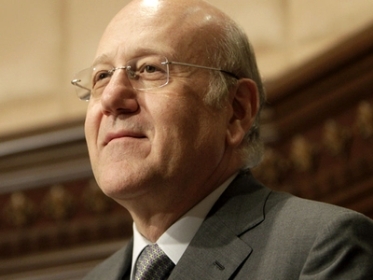 Premier Najib Miqati’s sources have denied a TV report that the PM has agreed to amend the protocol of cooperation signed between the Lebanese government and the Special Tribunal for Lebanon.

OTV reported Sunday that Miqati has held several telephone conversations with Speaker Nabih Berri and has agreed “in principle” to introduce changes to the protocol.

The TV station said the amendments would be studied and approved by the end of the year, the deadline for Lebanon’s payment of its share to the STL that is set to try ex-Premier Rafik Hariri’s suspected assassins.

The sources told several newspapers on Monday that Miqati hasn’t held talks with Berri or any other official about the issue, stressing that the protocol cannot be amended by only one of the signatories.

The Hizbullah-led March 8 forces have rejected to fund the STL while Miqati has pledged to the international community to pay Lebanon’s share, a position shared by President Michel Suleiman and Progressive Socialist Party chief Walid Jumblat.