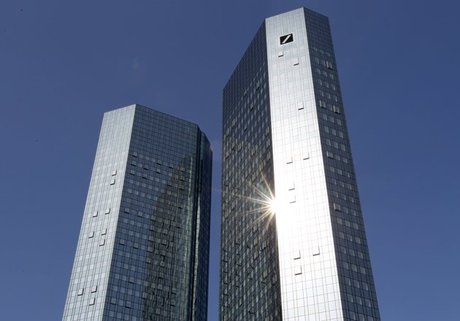 Germany's top lender Deutsche Bank announced on Tuesday a 37-percent drop in third quarter profits due to the financial downturn but said it was confident it could face the economic crisis without public capital.

The Eurozone debt crisis, market turmoil and fears of a global slowdown combined to create the worst financial climate since the collapse of Lehman Brothers in 2008, bank chief Josef Ackermann said in a statement.

"The operational sphere in the third quarter has not been as difficult since the end of 2008," he said in a written statement.

The Frankfurt-based bank said third-quarter profit had been hit by activities at the group's investment bank.

The bank said a year-on-year comparison made little sense since the third quarter of 2010 had seen an exceptional charge from the purchase of Postbank, which had resulted in a 1.2-billion-euro net loss.

Between July and September, a weak performance by the group's investment bank was partially compensated by higher results in its private banking division, asset management and retail banking, for which the integration of Postbank helped.

The third-quarter net result was more than twice as high as forecasts by analysts surveyed by Dow Jones Newswires, who had predicted 328 million Euros.

In morning trade after the announcement, shares in Deutsche Bank were 0.21 percent higher at 28.53 euros while the Frankfurt Dax was down by 0.28 percent.

Deutsche Bank has already said it has seen a 228-million-euro depreciation in its portfolio of Greek bonds, which now stands at 900 million Euros.

The bank said in recent months it had strongly reduced its exposure to the sovereign debt of struggling Eurozone countries.

Amid the ongoing debate on the recapitalization of European banks, Deutsche Bank said it was confident it would face both the Eurozone debt crisis and fulfill stricter demands of European regulators.

If regulators impose on banks a nine percent ratio of assets to core capital, which Krause said was "the most probable figure according to what we hear", Deutsche Bank said it would be able to reach this "without taking extra measures".

"We are confident in the fact that Deutsche Bank will not need public money," Krause said.