BP Bounces Back into Profit 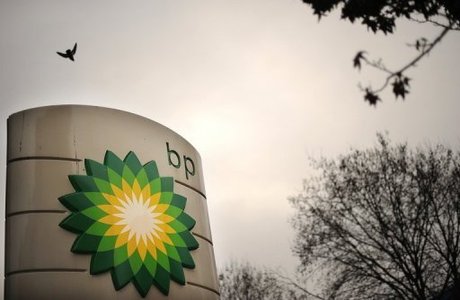 BP surged back into profit in the first nine months of 2011, and has now reached a "clear turning point" after last year's devastating Gulf of Mexico oil disaster, it declared on Tuesday.

The group said it will sell another $15 billion of non-core assets by 2013, expanding its divestment program to $45 billion, as it seeks to recover oil spill-related costs and re-invest in high-growth activities.

Net profits struck $17.7 billion (£11.05 bn) in the nine months to September, helped by high oil prices, BP said in a results statement. That compared with a loss of $9.3 billion in the same part of 2010, when it was ravaged by soaring costs linked to the spill catastrophe.

Adjusted profits -- stripping out the impact of changes in the value of inventories -- hit $15.9 billion. That contrasted sharply with a loss of $9.5 billion last time around.

"The company has steadied, turned round and now, this month, with high-margin assets returning on stream, we have reached a clear turning point," said Chief Executive Bob Dudley.

The BP boss added that the company had lived up to its commitments in the Gulf and was putting "safety and risk management at the absolute heart of our business".

Third-quarter production fell 12 percent to 3.319 million barrels of oil equivalent per day, due to asset disposals and the suspension of production in the Gulf, though BP expects output to be higher in the current fourth quarter.

"Our operations are regaining momentum and we are facing the future with great confidence," added Dudley.

"I believe we will build on our strengths to substantially grow operating cash flows, allowing us to directly increase returns to shareholders as well as invest for future growth."

Net profits meanwhile rocketed by 175 percent to $4.907 billion in the third quarter, or three months to September, driven by a strong performance from exploration and production. That compared with $1.785 billion last time around.

And adjusted profits almost trebled to hit $5.14 billion in the third quarter, compared with $1.847 billion.

"The financial picture for BP today is very different from a year ago," Dudley said.

"We are today reporting replacement cost profits for the first nine months of this year of $15.9 billion, compared to a $9.5 billion loss for the same period in 2010, which was driven by the $40-billion charges we had taken with respect to Gulf of Mexico spill related costs."

The results come one week after BP received approval from US authorities to restart drilling in the Gulf of Mexico, 18 months after a BP well blowout killed 11 and released millions of barrels of crude into the ocean.

The group had announced last week that it had recovered $4.0 billion in costs linked to the spill from U.S. group Anadarko Petroleum Company.

Anadarko has also agreed to transfer to BP its 25 percent stake in the Macondo well, where a leak in 2010 sparked the environmental catastrophe on the US Gulf coast.

Earlier this month, the US government slapped BP, Transocean -- the Swiss owner and operator of the drilling rig -- and US oil services group Halliburton with citations for violating oil industry regulations in what is expected to lead to massive fines for the deadly 2010 oil spill.

The Macondo leak was triggered by an explosion on the BP-leased Deepwater Horizon rig in the Gulf of Mexico on April 20, 2010. The blast killed 11 workers, caused millions of barrels of oil to spew into the sea.

Since the incident, BP has so far signed agreements to sell a total of $26 billion of non-core assets.