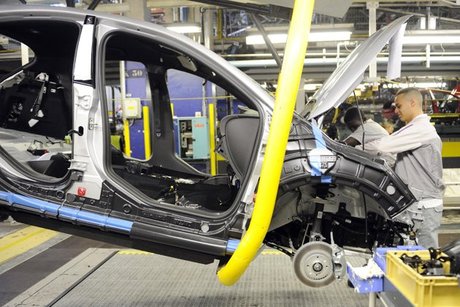 French auto giant PSA Peugeot Citroen on Wednesday announced an 800-million-euro cost-cutting plan for next year, including up to 5,000 lay-offs amid a stagnating European car market.

"It's quite possible there will be an impact on the workforce," the company's chief financial officer Frederic Saint-Geours warned during a teleconference announcing the plan.

Management is to inform unions on details at a meeting later Wednesday, with union leaders already slamming what they said was a "scandalous" plan.

The chairman of PSA's board of directors Philippe Varin said: "This could concern 10 percent of the workforce."

A spokesman clarified that the 10 percent could come from the around 50,000 people employed in Europe and not linked to production.

The company, France's largest automaker and Europe's second-largest after Germany's Volkswagen, employs over 205,000 people in the world, including 100,000 in France.

The new plan comes on top of a savings program announced in 2009 that aims to save a total of 3.7 billion euros.

The savings plan comes after the company announced that sales in its cars division were down 1.6 percent to 9.3 billion Euros ($12.94 billion).

However, overall sales were up 3.5 percent in the third quarter to 13.45 billion Euros.

"Logically when the results are good, the company should employ people, try to develop," Lemerle told Agence France Presse, pointing to the increased overall turnover figure.

"Our workload is excessive as it is, we don't need a reduction in the workforce," he said.

With two huge manufacturers, PSA and Renault, France's auto industry is key to the country's economy and accounts for around 10 percent of the overall workforce.

Industry Minister Eric Besson is to meet Varin to discuss the layoffs, his ministry said.

Saint-Geours said the company expected growth in the European market to stabilize, but for sales to grow seven percent in China, six percent in Latin America and 30 percent in Russia.