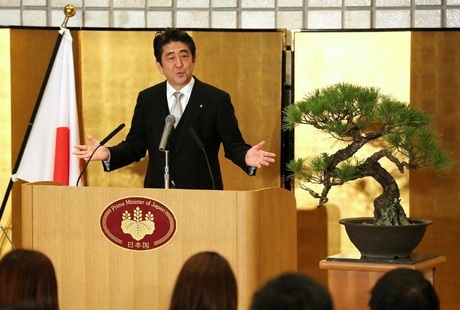 The visit "conflicts with Japan's position and hurts the feelings of the Japanese people. It is extremely regrettable," Abe told a parliamentary panel when asked about the trip.

Abe's first comments on the visit come after the Russian prime minister on Saturday arrived in Iturup, one of four in the Kuril island chain that lies off Russia's far eastern coast and just north of Japan.

Japanese Foreign Minister Fumio Kishida immediately summoned Russia's ambassador to Japan in protest at the visit to the islands, which Japan calls the Northern Territories.

The visit has also led to Kishida postponing a planned trip to Russia in the next few weeks, local reports said, citing government sources.

Kishida had been expected to prepare the ground for Russian President Vladimir Putin to make a long-delayed visit to Japan this year to seek a breakthrough in the 70-year-old territorial dispute.

"What is significant for our country's national interests is to solve the territorial issue of the Northern Territories and sign the peace treaty," Abe said Monday.