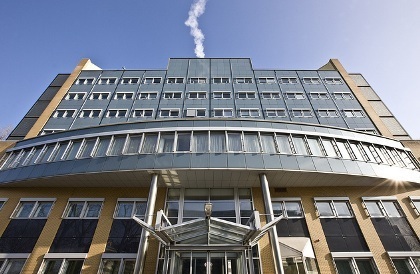 The Amicus Curiae Prosecutor for the Special Tribunal for Lebanon, Kenneth Scott, announced on Tuesday that he will appeal the decisions of the Contempt Judge acquitting Ms. Karma Khayat on Count 1 of Judge David Baragwanath’s Order in Lieu of Indictment and acquitting the company al-Jadeed S.A.L. on both Count 1 and Count 2.

“While we are waiting for the Judge's written decision, we anticipate also appealing the sentence,” the Amicus Curiae Prosecutor stated.

“We are pleased and encouraged that the Contempt Judge convicted Ms. Khayat on Count 2, concerning egregious misconduct that we believe put purported confidential witnesses at real risk and interfered with the administration of justice,” Scott said.

"Contrary to some of the things that have been said and written since the Judgment was issued on 18 September, there is nothing in the Judgment which endorses, approves, or validates the conduct of Ms. Khayat and the company, al-Jadeed,” he said.

“Indeed, the Judge stated that the ‘journalistic profession may not be used as an impenetrable shield’ and found that the continued publication of the al-Jadeed broadcasts illegally disclosed information which identified purported confidential, protected witnesses. For her role in this, Ms. Khayat stands convicted of a serious crime,” the Amicus Curiae Prosecutor added.

In deciding to appeal, Scott said he hopes the Tribunal’s appellate judges will reverse the Contempt Judge’s decisions acquitting Khayat on Count 1 and the company on both counts.

“Our mandate and efforts to protect the Tribunal’s integrity, the administration of justice and actual, purported and potential witnesses continue,” the Amicus Curiae Prosecutor said.

Special Tribunal for Lebanon Contempt Judge Nicola Lettieri on Monday sentenced al-Jadeed TV deputy chief editor Karma Khayat to a fine of 10,000 euros on charges of “interfering with the administration of justice” by failing to remove online content on alleged witnesses.

After hearing the arguments of the Amicus Curiae Prosecutor, or Friend of the Court, and the Defense lawyer, Lettieri said he sentenced Khayat to “a fine of €10,000 to be paid in full by 30 October, 2015.”

The Judge stated that written reasons for his decision were to follow in due course.

On September 18, the judge found Khayat guilty and Al-Jadeed S.A.L. not guilty with respect to the charges under Count 2, meaning for failing to remove the information on the alleged witnesses from al-Jadeed TV’s website and YouTube channel despite an order by the STL Pre-Trial Judge to do so.

Lettieri found both Khayat and Al-Jadeed S.A.L. “not guilty with respect to the charges under Count 1 of the order in lieu of indictment.”