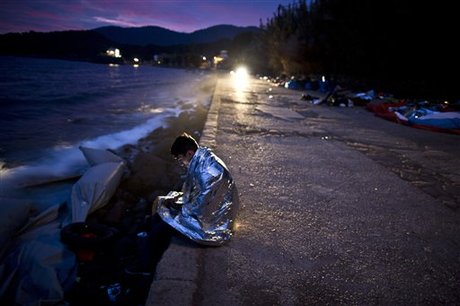 Turkey is giving a European Union plan to assist the country in hosting over two million Syrian refugees only a lukewarm reception, indicating funding needs to be drastically increased and lamenting shortfalls in help over previous years.

The EU hopes that helping refugees inside Turkey will discourage Syrians from taking perilous sea and land routes to seek new lives within the bloc after an unprecedented influx in the last month.

But the European Union is also proposing to formally resettle more refugees on EU territory, if Ankara establishes new camps and boosts its coastguard to slow the flow of people to Europe.

Brussels has also renewed promises to mobilize up to one billion euros ($1.1 billion) to help Turkey cope with its refugees.

But Turkish officials, so far, are not rushing to embrace the plan.

"The EU is in a hurry but we are not," a Turkish official, who asked not to be named, told AFP.

"We've already been doing for four years what's written there," the official added, insisting Ankara had already fulfilled the EU's additional demands of Turkey during the Syria conflict.

"The funding for Turkey needs to be increased," the official said, insisting "some other elements" also needed to be in the draft.

Erdogan said this week that Turkey is currently hosting close to 2.5 million refugees -- 2.2 million of them Syrians fleeing the four-and-a-half year conflict in their country and also 300,000 Iraqis.

Turkey bitterly complains it has so far spent $7.8 billion on hosting the refugees and accuses the EU of failing to share the burden.

"We did not leave them to the dead. Let me say it proudly, Turkey has shouldered this burden on its own," Erdogan said in Brussels.

The Turkish foreign ministry emphasized in a statement the draft plan was not yet formally approved and that Ankara and the EU agreed to establish a "working group" for further negotiations.

EU officials were due to visit Turkey this week in an attempt to finalize the proposals laid down in the plan. Migration Commissioner Dimitris Avramopoulos is due to visit next week.

Metin Corabatir, president of the Ankara-based Research Center on Asylum and Migration (IGAM), said the EU was misguided if it believed giving money to Turkey to set up more refugee camps would resolve the issue.

"New camps will be established but for how many refugees?" said Corabatir, noting the vast majority of Syrian refugees in Turkey are living outside camps.

"Building new camps could be a temporary solution for the EU but it is not practical. If the EU funds are used to build more camps, it would be waste of money," he told AFP.

He said Turkey and the EU should instead hammer out problem-oriented contingency plans to find urgent solutions to the growing humanitarian problem.

It would also suggest the opening of six new "refugee reception centers" co-funded by the EU.

He said ultimately the screening process for asylum seekers will need to take place inside Turkey.

Last month, Prime Minister Ahmet Davutoglu rejected holding centers for migrants as "unacceptable" and "inhumane," calling instead for migrants to be hosted in "safe zones" inside Syria.

The plan however made no mention of Turkey's calls for a safe zone in northern Syria where refugees could be housed, an idea that has been badly set back by Russia's bombing campaign in Syria.