Cabinet to Convene on Waste Crisis but Faces Dark Future 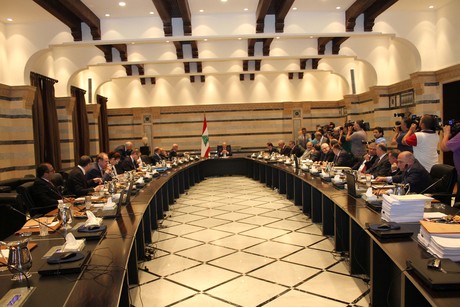 Prime Minister Tammam Salam is expected to call for a cabinet session to put into execution the waste management plan of Agriculture Minister Akram Shehayyeb.

The session will unlikely face a paralysis over differences between cabinet members on several controversial issues.

“This is an emergency and does not need an agenda or decrees,” he told As Safir daily.

The FPM has been calling on the government to discuss its decision-making mechanism and approve the promotion of army officers, key demands of Change and Reform bloc leader MP Michel Aoun that have brought cabinet sessions to a standstill.

Aoun's allies, the Marada Movement and the Tashnag Party have informed Salam that they are ready to participate in the cabinet session on condition that the waste crisis be the only item on the agenda.

As for Hizbullah, its stance is not yet clear.

Even if their ministers attend the cabinet session, the four parties will later have a united position, March 8 alliance sources said.

The government will no longer be able to function based on the “status quo” imposed by their rival in al-Mustaqbal movement and its allies in the March 14 coalition, they warned.

I am bored and need to troll. Will somebody post please!

Honest to God: Christians must drop the Caporal NOW.