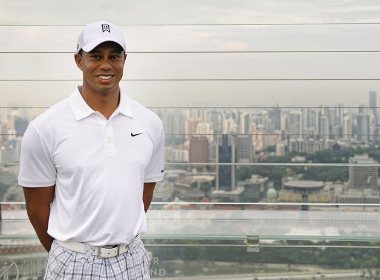 Tiger Woods believes he's ready to return to top form after shaking off injuries that have undermined his performance for the last two years.

The former world No. 1 says that he has been practicing frequently and getting his playing instincts back.

"The last couple of years, I haven't really played as well as I'd like," Woods said Thursday during a one-day stopover in Singapore. "I made some changes in my swing and I've obviously been hurt and that kind of added to it.

Woods hasn't won a tournament since 2009 and has fallen out of the top 50 for the first time since he was a 20-year-old rookie in 1996. Woods played at the Frys.com Open last month and tied for 30th.

He is scheduled to play in the Australian Open from Nov. 10-13.

Woods chalked up his recent struggles to the "cyclical" nature of a golfer's career.

"You look at everyone's career, you have these ebbs and flows," he said. "We don't play well all the time."