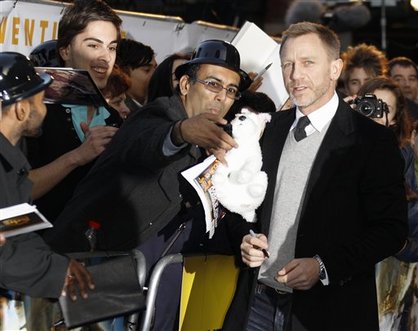 Daniel Craig returns as the suave secret agent for a third time in the film, to be directed by Academy Award-winner Sam Mendes ("American Beauty").

"There's lots of surprises," Mendes told reporters, as he confirmed filming will begin Thursday and will take place in London's Whitehall, and on location in Scotland, Istanbul and Shanghai.

Bond's future was thrown into doubt when studio MGM filed for bankruptcy in 2010. But its new management and Bond producers Michael G. Wilson and Barbara Broccoli announced earlier this year that the spy would live to fight another day.

The movie is due to be released a year from now, four years after Bond's last adventure, "Quantum of Solace."