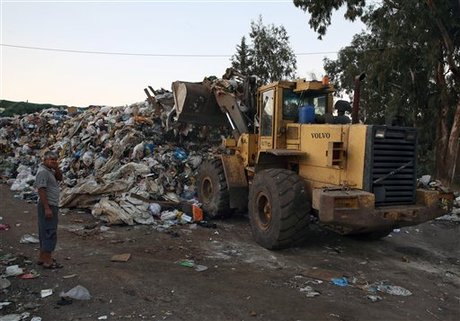 Agriculture Minister Akram Shehayyeb revealed that progress was made in recent days over resolving the trash disposal crisis, justifying the decision to set up a landfill in the Khaldeh region, reported As Safir newspaper on Monday.

He told the daily: “Some complications remain and some clarifications need to be made over the problem and they should be overcome today.”

He explained that the proposed landfill in the Ouzai area would be set up in a location that is not “environmentally dead”.

The chosen area has long been a sewage dump, Shehayyeb revealed.

MP Talal Arslan had over the weekend expressed his rejection to the establishment of a landfill in Khaldeh.

Those opposing the new landfill said that it it unacceptable to have one at the entrance of the capital Beirut.

They also highlighted its close proximity to the airport, which would pose a risk to aviation because the garbage would attract birds, which are a threat to planes.

In addition, they stressed that a landfill would lower the land value of the nearby properties.

Arslan is expected to express his concerns over the dump site during Tuesday's national dialogue session.

A proposal had been made in recent days to set up a landfill in the Costa Brava in Khaldeh.

Lebanon has been suffering from a trash disposal crisis since July with the closure of the Naameh landfill.

Politicians have failed to find an alternative to the landfill, resulting in the pile up of garbage on the streets of the country.

Heavy rain last week brought with it flooded streets coupled with waste, as experts warned of the health and environmental impact of the crisis.

Keyword is not progress, it's "progress" (the quotation marks are very significant)