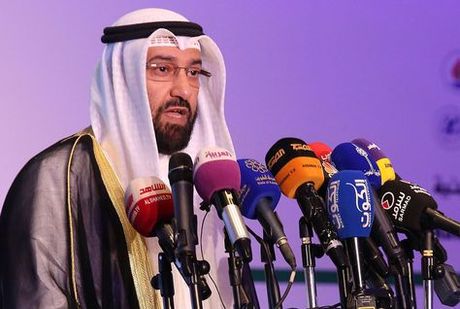 Kuwait Oil Minister Ali al-Omair was moved to the public works ministry in a limited cabinet reshuffle following a row with top oil executives, the emir decreed on Sunday.

The decrees also announced accepting the resignation of Ahmad al-Jassar, who held the portfolios of electricity and water and public works.

Jassar resigned in September after being sentenced to four years in jail for wrongly approving a $215 million contract that inflicted heavy losses on the state.

Omair, who is also state minister for national assembly affairs and an elected MP, was appointed oil minister in January 2014 and has been locked in a number of disputes with top executives of state-owned oil companies.

At the start of November, the CEO of state-owned Kuwait Petroleum Corp, Nezar al-Adasani, refused to carry out the oil minister's decision to swap the CEOs of two subsidiaries.

Adasani said in a letter that the minister had no power to make the decision and the two officials also rejected the minister's order.

Kuwait is pumping around 2.8 million barrels per day and sits on around 7.0 percent of world reserves, according to latest data.

The sector generates more than 90 percent of public revenues.

The 16-member Kuwaiti cabinet was formed after a July 2013 general election.