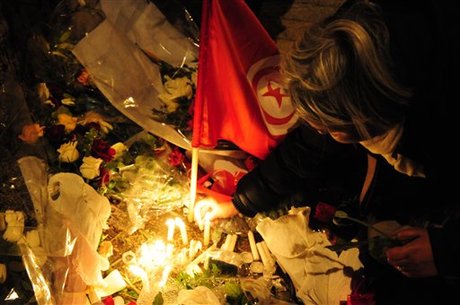 The Tunisian government on Tuesday shortened a nighttime curfew imposed in the capital after a deadly November bus bombing claimed by the Islamic State group.

The curfew will now start at midnight instead of 9:00 pm, allowing some respite for Tunis shopkeepers and cafe owners who had felt the pinch from the loss of business in a city of more than one million people that usually bustles at night.

Other measures imposed after the November 22 suicide attack which killed 12 presidential guard members will remain in place, the prime minister's office said.

They include a 30-day nationwide state of emergency and a 15-day closure of the border with Libya, where investigators believe the bombing was planned.

Tunisia, the cradle of the Arab Spring uprisings, has been plagued by Islamist violence since the 2011 overthrow of longtime dictator Zine El Abidine Ben Ali, with three IS-claimed attacks this year alone.

The earlier attacks -- at the capital's National Bardo Museum and on a hotel near the Mediterranean resort of Sousse -- killed a total of 60 people, all but one of them foreign tourists.

But the curfew is the first in Tunis since June 2012.