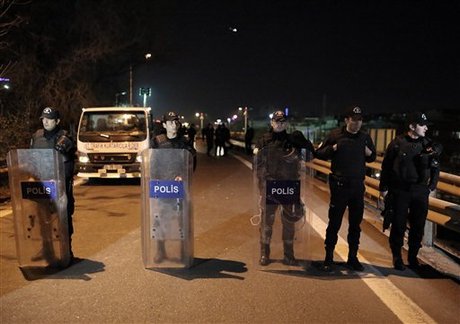 The United States consulate in Istanbul was Wednesday offering only limited services with a scaled-down staffing due to information about a possible security threat, the mission said.

"Due to information about a possible security threat against the U.S. Consulate General in Istanbul, the Consulate will open with limited staff and services" on Wednesday, the mission said in a statement.

It said public services, including visa appointments and non-emergency services for American citizens scheduled for Wednesday had been "canceled and will be rescheduled for a later date."

The move comes after the U.S. authorities warned on December 5 of an "imminent security threat against the U.S. consulate compound" in Turkey's largest city.

The mission said the U.S. embassy in Ankara and consulates in Adana and Izmir were working normally.

Istanbul is on high alert for attacks following three deadly bombings blamed on the Islamic State (IS) group in Ankara and the southeast of the country this year.

But there have also been attacks on security forces by the outlawed Kurdistan Workers Party (PKK) and sporadic actions by the the banned ultra-left wing group the Revolutionary People's Liberation Party–Front.