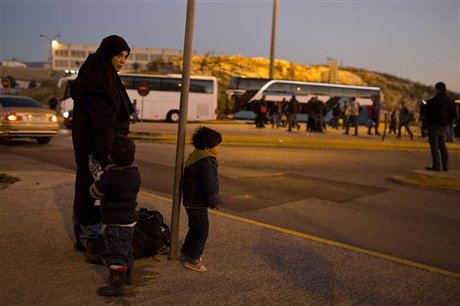 Austria's interior minister signaled Friday a tougher line on migrants, saying that from next weekend it will follow Germany's lead and turn back any new arrivals seeking to claim asylum in Scandinavia.

"Right now on the Austrian-German border only those seeking asylum in Germany are being allowed in. Those who want to go further are being turned back," Johanna Mikl-Leitner said on public radio Oe1.

"We will stop those people directly at our southern border (with Slovenia) from the end of next week," Mikl-Leitner said.

Austria last year became a major transit country for hundreds of thousands of migrants and refugees entering the European Union, with most traveling onwards to reach Germany or Sweden.

But last week Sweden tightened border controls, prompting Denmark to follow suit and Berlin to send back to Austria anyone not seeking asylum in Germany at a rate of 200 to 300 per day, according to Mikl-Leitner.

Austria has already refused entry to 2,568 people entering from Slovenia since late December, according to the Slovenian authorities, because of problems with their identity papers.

German weekly Spiegel reported on its online version this week that Vienna was in talks with Croatia and Slovenia about sending Austrian police to help turn back migrants at their borders.