Austria Migrant Cap Could Be Reached by Summer 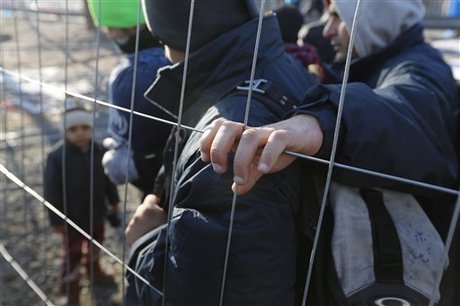 Austria's interior minister said Sunday that a new national cap on the number of asylum seekers it takes in this year could be reached by the summer, as Europe grapples with its worst migrant crisis since World War II.

The migrant hotspot said Wednesday it would seek to cap the number of asylum seekers at 37,500 in 2016, compared to the 90,000 claims it received last year, which Austria's foreign minister said should serve as a "wake-up call" to push Europe to find a common solution to resolve its migrant crisis.

"According to forecasts, this (the new cap) should be reached before the summer," Interior Minister Johanna Mikl-Meitner told German newspaper Die Welt.

She said Austria was considering whether to continue accepting applications after the cap is met, or to stop people entering at its border.

Vienna has argued that as long as countries like Austria and Germany are willing to keep a door open to refugees, other EU nations will have no incentive to budget.

Austria is itself a key transit country for hundreds of thousands of migrants and refugees entering the EU, with many headed for Germany which took in 1.1 million asylum seekers in 2015.

The country's foreign minister told Bild newspaper in the wake of the announcement that it was "above all a wake-up call to Brussels".

"I believe that in the long-term there is a European solution. But as long as that is not there, we have to protect ourselves," Sebastian Kurz said.