One Dead in Mudslide at French Nuclear Waste Site 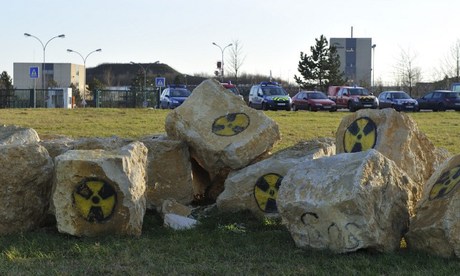 One person was killed on Tuesday in a mudslide at a laboratory of France's national nuclear waste management agency in the northeast of the country, the emergency services said.

Another person suffered minor injuries in the incident at Bure near Nancy.

The site is being prepared to receive highly radioactive nuclear waste, which would be stored at a depth of 500 meters (1,650 feet).

The two people involved in the incident were in a tunnel currently being dug at the site, a spokesman for the emergency services said.

Officials said no nuclear waste was at the site at the time of the incident.

Psychological counseling was offered to employees at the facility.

The nuclear waste site, which has been heavily criticized by environmental groups, is part of a 25 billion euro ($27 billion) project designed to stock the three percent of France's radioactive waste that is most dangerous.

The project is planned to begin in 2025 but is still awaiting the full go-ahead from the government.

It is spread over a site that includes four small villages, provoking concerns from residents that they might be exposed to radioactivity.