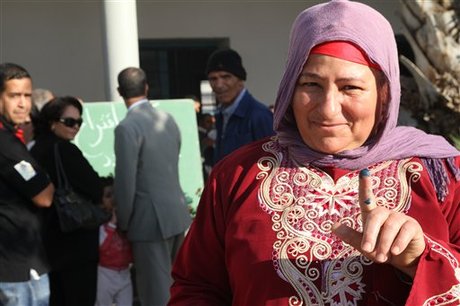 Tunisia's constituent assembly will meet for the first time on November 22, officials announced Saturday, beginning a process of political and constitutional reform in the birthplace of the Arab Spring.

Interim president Foued Mebazaa will sign a decree summoning the assembly and "outlining the procedures for a successful inauguration", said officials.

This would take place once Tunisia's election commission has released, probably on Monday, the final results from the October 23 election.

The 217-strong assembly's first task will be to draw up a new constitution and appoint a caretaker government until the country calls a general election.

Ennahda is still wrangling with the Congress for the Republic and the center-right party Ettakatol -- which won 30 and 21 seats respectively -- over the choice of presidents for both the country and the constituent assembly.