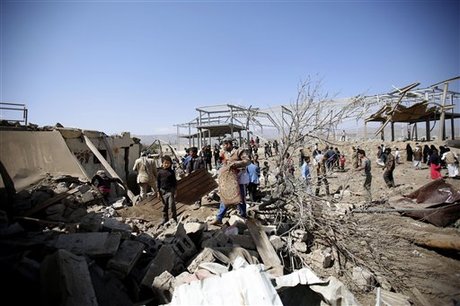 The United Arab Emirates said Saturday that one of its soldiers has died in Yemen, where a Saudi-led coalition is helping government forces against Iran-backed rebels.

Soldier Mohammed al-Dhahnani died "in an accident when his military vehicle overturned while performing his national duty" during coalition operations, the armed forces said in a statement carried by state news agency WAM.

It did not provide further details on the accident.

On Sunday, the UAE announced the death of another soldier, Obeid al-Bedwawi, in a similar accident in Saudi Arabia, where some UAE forces taking part in Yemen operations are stationed.

The UAE has lost more than 70 soldiers in Yemen since the Arab coalition launched its military campaign in support of President Abedrabbo Mansour Hadi's internationally-recognized government in March.