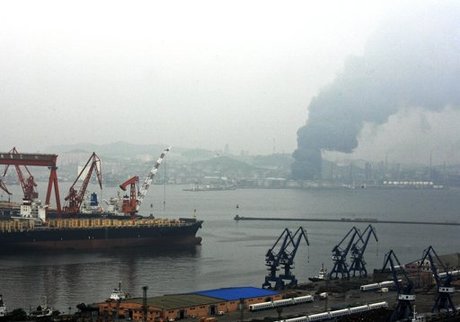 Turkey said Tuesday it has halted joint oil exploration with Syria and threatened to cut energy supplies to its neighbor as relations sour over the Syrian regime's bloody crackdown on demonstrators.

"We are currently exporting electricity (to Syria). If the situation continues like this, we may be in a position to revise all these decisions," Energy Minister Taner Yildiz said.

Turkey, once a close ally of Damascus, has been exporting electricity to Syria since 2006.

Yildiz also said that Turkey's Petroleum Corporation (TPAO) has stopped exploration with the Syrian national oil company in six wells, according to the Anatolia news agency.

The minister's remarks come in the wake of weekend attacks on Turkish diplomatic missions in three Syrian cities.

Thousands of pro-regime protestors armed with knives and batons attacked the missions in Damascus as well as the cities of Aleppo and Latakia on Saturday over Turkey's support for an Arab League decision to suspend Syria.

Erdogan, once a close political ally and a personal friend of Syrian leader Bashar al-Assad, has for months expressed frustration at Assad's failure to listen to his people as the death toll in Syria mounts.

Things are tightening for Syria. Soon the military end will be stepped up.

Turkey cutting off the electricity. Jordan calling for Assad to step down, the Arab League starting to work with the Syrian Opposition.

Aoun says its all over in Syria. I think Aoun is right and doesn't even know it.

Mass defection in the army is about to take place... I hear that it could be a matter of days be fore major events take place

My friend marc, you are on the correct angle. Those defections will be the driving part of a syrian winter...
I am taking bets, how long before a bashar/maher zenga zenga speach