U.N. Expert 'Very Doubtful' Palmyra Can be Restored after IS 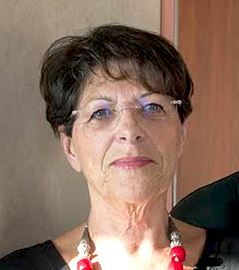 A Syrian expert for the U.N.'s cultural body said Monday she was "very doubtful" the destruction caused to Palmyra's ancient monuments during its occupation by the Islamic State group can be repaired.

"Everyone is excited because Palmyra has been 'liberated', but we should not forget everything that has been destroyed," said Annie Sartre-Fauriat, who belongs to a group of experts on Syrian heritage set up by UNESCO in 2013.

"I am very doubtful about the capacity, even with international aid, of rebuilding the site at Palmyra," she told AFP.

"When I hear that we are going to reconstruct the temple of Bel, that seems illusory. We are not going to rebuild something that has been reduced to dust. Rebuild what? A new temple? I think there are probably other priorities in Syria before rebuilding ruins."

The Russian-backed Syrian army ousted IS from Palmyra on Sunday at the climax of a three-week offensive.

During its 10-month occupation, IS destroyed the 2,000-year-old Temple of Bel and shrine of Baal Shamin, a dozen of the city's best-preserved tower tombs and the Arch of Triumph dating from around 200 AD.

Sartre-Fauriat's assessment contrasts with the slightly more upbeat view of Syria's head of antiquities, Maamoun Abdulkarim, who told AFP on Monday that 80 percent of the city's ruins were in "good shape" and would need five years to restore.

"As long as the Syrian army is there, I am not reassured," said Sartre-Fauriat. "We should not forget that the army occupied the site between 2012 and 2015 and caused a lot of destruction and pillaging.

"We should not kid ourselves. It's not because Palmyra has been retaken from Daesh (IS) that the war is over. This was a political and media operation designed to win over public opinion for the regime of (Syrian President) Bashar Assad," she added.

The historian said she was receiving photos and videos every hour from the scene -- one showing the inside of the Palmyra Museum which was transformed into a court by IS.

"It's totally vandalized. Contrary to what we thought, the museum was not emptied of its collection (prior to the arrival of IS) because the antiquities department had only 48 hours to pack everything up and the large monuments could not be transported."

She said the figures on ancient sarcophagi had been smashed and all the statues had been pushed over, decapitated or broken.

Funeral plaques, a special feature of Palmyra, "have been ripped savagely from the walls, probably to be sold by Daesh," she added.

One sliver of hope lay in the fact that a huge lion statue with a gazelle in its paws that had been overturned and smashed "might possibly be recovered because it has not been pulverized," she said.