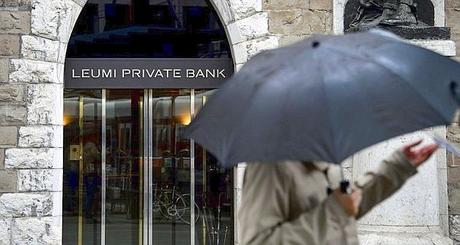 Israeli tax authorities said Tuesday they were searching the mass of leaked documents known as the Panama Papers, after media reports said 600 Israeli companies and two major banks were included.

A spokeswoman from the tax authorities said the information from the leak "strengthens our campaign, launched last year, aimed at convincing Israelis who have not declared their fortune abroad to do so without facing penalties."

She stressed that new legislation which seeks to reduce tax evasion had also been passed, with those found guilty facing up to 10 years in prison.

The Israeli Ministry of Finance did not comment on the Panama Papers revelations.

According to Israeli media, the names of 600 Israeli companies, including two of the three major Israeli banks -- Bank Leumi and Bank Hapoalim -- were contained in the documents. Some 850 shareholders were also named as holders of accounts in the tax haven.

Among those said to be named in the documents were Israeli businessman Idan Ofer and a former aide to ex-prime minister Ariel Sharon, Dov Weisglass, Israeli media reported without further details.

Israeli newspaper Haaretz noted that "as long as holdings in the companies and their revenues -- if any -- are reported as required to Israeli tax authorities, owning the company is not against the law."

The trove of 11 million Panama Papers documents was anonymously leaked to German daily Sueddeutsche Zeitung and shared with more than 100 media groups by the International Consortium of Investigative Journalists (ICIJ).

The documents have shone light on financial and tax practices of customers across the globe, with more revelations expected over the coming weeks.