Tajikistan Clamps Down on Drones over Islamist Threat 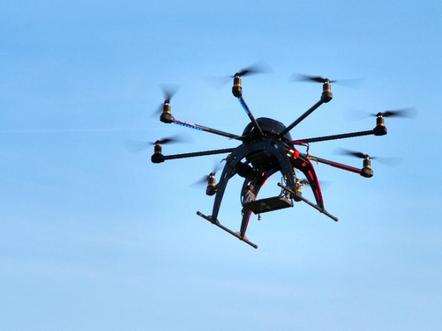 Tajikistan's parliament voted Wednesday to ban the unauthorized import and use of drones in a move officials say is justified by the threat of Islamic extremism and drug trafficking in the region.

The legislation is unlikely to affect powerful ally Russia, which has a military base in authoritarian Tajikistan and is known to use drones there.

The law, which has now passed its first reading, is unlikely to face any opposition in the bicameral parliament which is packed with loyalists of 63-year-old autocrat President Emomali Rakhmon.

The use of drones has exploded around the world in recent years, particularly amongst media and hobbyists.

But countries including the United States and Japan have passed legislation regulating public use of the unmanned machines.

In Tajikistan, drones have become a popular way to photograph weddings and other family events.

Tajikistan shares a 1300 (800 mile)-kilometer border with war-torn Afghanistan and has watched a steady trickle of its citizens abandon the country to join the Islamic State group fighting in Iraq and Syria.

According to Tajikistan's government, over 1,000 citizens are fighting with the group, including the interior ministry's special forces chief who defected last year.

The republic's state prosecutor said last month that 85 percent of the group's fighters from Tajikistan were former migrant laborers recruited in Russia.