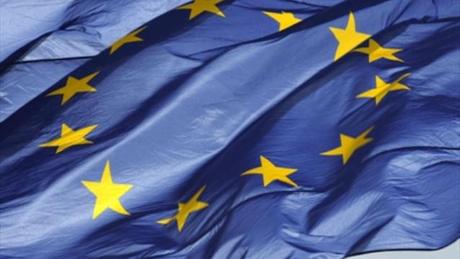 The EU's 27 national governments and the European Parliament agreed Saturday to limit spending to 129 billion euros ($174 billion) in the 2012 budget, up two percent from 2011, the Polish EU presidency said.

The agreement -- described by Europe's budget commissioner Janusz Lewandowski as an "austerity budget" amid the spiralling debt crisis -- defied the preference of the bloc's parliamentarians for bigger spending.

But under-secretary of state for finance Jacek Dominik, who chaired the marathon meeting which started Friday evening, said: "The agreement was reached unanimously."

The limit was imposed by European governments that have been forced to cut their own budgets and impose austerity measures due to the debt crisis.

Lewandowski added that he was "concerned about the risks of not being able to pay all our bills".

The agreement came as a defeat for European Parliament members who had voted on October 26 for a free-spending budget of 133.1 billion Euros ($180 billion).

But most of them were well aware that they could not force the hand of governments, many of whom are drowning in debt and faced with a high cost of borrowing.

"Everyone knew" that the two percent increase was "the maximum that the states could give," he acknowledged, but said he was annoyed that "the European budget is at the mercy of the budgetary situation in the less well-managed states that have thrown money down the drain for years."

Dutch Finance Minister Jan Kees De Jager had said on arrival that it would look "a little bit strange" if the EU increased its spending above inflation, but the parliament wanted concessions from states and the accord was only reached at 2:00 am (0100 GMT) after 16 hours of tense negotiations.

The MEPs won a political commitment from the governments that extra financing could be made available if necessary.

The ministers and diplomats taking part in Friday and Saturday's talks sought to agree a budget that walks the line between austerity and spending to boost growth.

"What sort of signal would Europe send to markets and 500 million Europeans if we don't manage to agree on our common budget?" the EU's Polish budget commissioner Janusz Lewandowski warned the parties ahead of the long night of negotiations.

Without the parliament's agreement, no European Union budget can pass.

A year ago, a deadline for similar conciliation passed without a deal and left the EU briefly in budget limbo, working off monthly versions of the 2010 figures.

The position of the EU states was to stick to a 2.02 percent increase, amounting to 129 billion Euros.

Britain, the Netherlands, Austria, Finland, Denmark and Sweden said the parliament wanted too much.

The annual rate of price rises was logged at 3.4 percent across the EU in October -- more than 5.0 percent in Britain, according to official figures released earlier this week.

However, the European Commission also last week issued a new annual forecast predicting inflation of 2.0 percent over the course of 2012.

The latest budget talks set the stage for even tougher negotiations on the EU's overall spending priorities for its next seven-year budgetary cycle from 2014 to 2020.