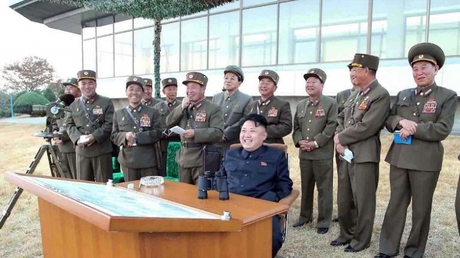 North Korea has appointed as its new foreign minister a career diplomat at the center of managing relations with the United States and South Korea for more than 20 years.

Ri Yong-Ho's appointment was confirmed in a diplomatic note sent to the British government by the North Korean embassy in London on Monday, an embassy official said.

Ri, 59, who was promoted from vice minister, was Pyongyang's former representative to the now-stalled six-party talks aimed at curbing the North's nuclear weapons program.

Beijing wants the talks revived but Washington, Seoul and Tokyo all insist Pyongyang must first take some tangible step towards denuclearization.

Given his past experience with the talks, Ri's appointment could signal a North Korean push to try and get the process back on track.

As the new foreign minister, he replaces Ri Su-Yong, formerly the North's long-time representative to the UN mission in Geneva who is seen as an influential political mentor to supreme leader Kim Jong-Un.

Ri Su-Yong was promoted to the ruling party politburo at a recently concluded party congress, and also appointed the party's vice chairman for international affairs.

Ri Yong-Ho began taking part in North Korean negotiations with Washington over its nuclear program in 1995 and was a member of a delegation that visited the United States in 2000.

He has served in a number of foreign missions, including a stint as ambassador to Britain.