Tunisia Says One of its 'Most Dangerous' Jihadists Killed 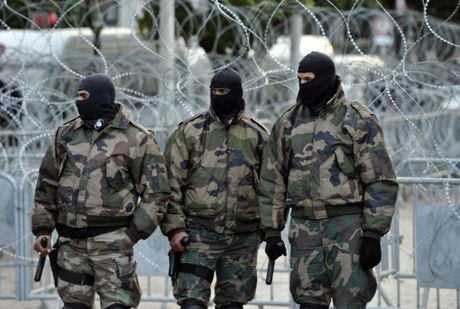 Tunisia's military has killed a jihadist described as "one of the most dangerous terrorist leaders" in the country during a security operation, the defense ministry said Thursday.

Seifeddine Jameli, as known as Abou al-Qaaqaa, belonged to the Tunisian branch of the Islamic State (IS) group, Jund al-Khilafa (the soldiers of the caliphate), the ministry said in a statement.

He was killed overnight by special forces in the central region of Mount Mghilla, it said, adding that weapons were seized during the operation.

Since its 2011 revolution, Tunisia has been hit by an upsurge in jihadist violence in which dozens of police, soldiers and civilians have been killed.

Two attacks last year claimed by IS on the National Bardo Museum in Tunis and on a hotel near the Mediterranean resort of Sousse killed a total of 60 people, all but one of them foreign tourists.

The beheading of a teenage shepherd by jihadists as his sheep grazed on Mount Mghilla last November also horrified the country.