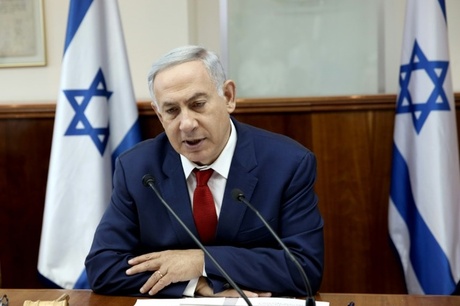 Netanyahu, however, said talks were continuing and expressed confidence that a deal with former foreign minister Avigdor Lieberman's Yisrael Beitenu would be reached.

The premier has been seeking to expand his one-seat majority in parliament by five by adding the ultra-nationalist party to his coalition.

Under the deal, Lieberman is expected to take over the key role of defense minister, further tilting to the right what is already one of the most right-wing governments in Israeli history.

"We are at a dead end," Lieberman told reporters. "We're waiting for different proposals."

He added that "if there's good will, we can solve things".

Lieberman signaled he had backed away from his demand that the government approve the death penalty for "terrorists" as a condition for joining the coalition, focusing instead mainly on pension reforms.

Such reforms would benefit Israelis with origins in the former Soviet Union, a key base of support for Lieberman, who was born in the ex-Soviet republic of Moldova.

Finance Minister Moshe Kahlon, however, said the only pension reform he would agree to would be one applicable to all Israelis, not just immigrants, and that such an offer had been made.

"Our proposal to Yisrael Beitenu is extremely fair," he told reporters. "It doesn't discriminate, isn't sectorial, and will be for the entire public."

Netanyahu downplayed the snag in talks.

"There are negotiations, these negotiations have ups and downs," he told reporters. "There are always crises and explosions and everything always collapses -- nothing is collapsing."

Earlier in the day, Netanyahu had said: "Tomorrow we're expanding the government."

Lieberman's expected appointment has raised fresh concerns over what many see as Israeli politics' drift into territory too far to the right.

Netanyahu's Likud party also includes a faction strongly in favor of expanding Israeli settlements in the occupied West Bank, seen as a major stumbling block to peace with the Palestinians.

When he resigned on Friday, defense minister Moshe Yaalon, a Likud member and former military chief, warned of a rising tide of extremism in his party and the country as a whole.

Netanyahu has sought to ease fears over Lieberman's expected appointment, saying he will continue to seek peace with the Palestinians.

Negotiations between the Israelis and Palestinians have been at a complete standstill since a US-led initiative collapsed in April 2014.