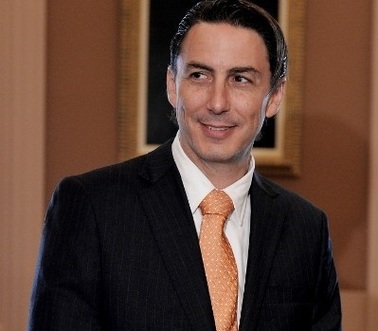 The U.S. Department of State's Special Envoy and Coordinator for International Energy Affairs Amos J. Hochstein encouraged during his visit to Lebanon on Thursday the government officials to take advantage of Lebanon’s potential to attract investment to successfully develop its hydrocarbon sector.

Amos met with several Lebanese officials where discussions focused on the Lebanese and regional energy issues.

Hochstein also delivered the keynote address at Lebanon’s Third Forum on Oil and Gas, where he discussed global energy developments and the importance of eastern Mediterranean reserves in the world market.

In his meetings, the Special Envoy encouraged Lebanese officials to take advantage of Lebanon’s potential to attract investment to successfully develop its hydrocarbon sector.

He reaffirmed American support to Lebanon in its efforts to achieve economic growth and prosperity through transparent, sustainable development of its offshore energy prospects.

Lebanon and Israel are bickering over a zone that consists of about 854 square kilometers of oil reserves and suspected energy reserves that could generate billions of dollars.

In March 2010, the U.S. Geological Survey estimated a mean of 1.7 billion barrels of recoverable oil and a mean of 34.5 trillion cubic meters of recoverable gas in the Levant Basin in the eastern Mediterranean, which includes the territorial waters of Lebanon, Israel, Syria and Cyprus.

The formation of the Petroleum Authority was the first major step in future oil exploration since parliament passed a law in 2011 setting the country's maritime boundary and Exclusive Economic Zone.